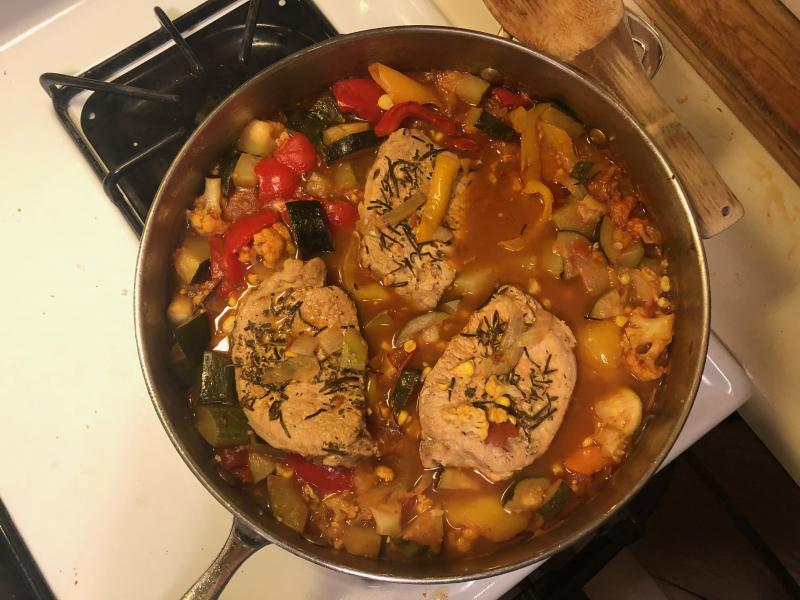 Anne and I have been blessed with a lot of zucchini out of the garden this summer.  We have sliced it grilled it, roasted it, spiralized and sautéed it.  Anne made some kick ass zucchini fritters.  I wanted to do something different so I've been playing with a one pot ratatouille.  This was a third attempt.

If you don't know, ratatouille is really just a summer stew.  It can be served hot or cold.  Sometimes it's served in very ornate platters with uniformly sliced vegetables by a rodent, mine is diced in a light broth, and served warm / hot like traditional stews. No rats in my kitchen.

It's still a bit of a work in progress, but some friends asked for a copy of the recipe and it's far enough along that I'm comfortable sharing it.  There may be changes in the future. 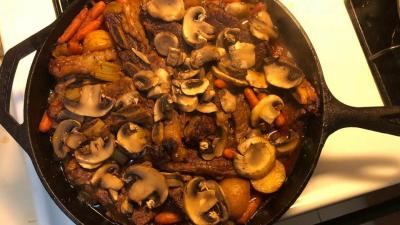 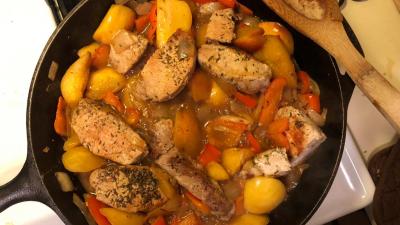 Pork w/ apples, peppers and onions. It's what’s for dinner 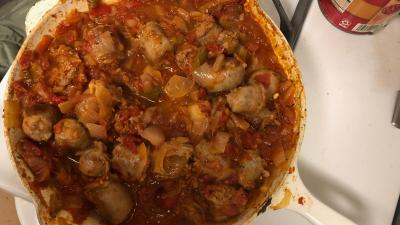